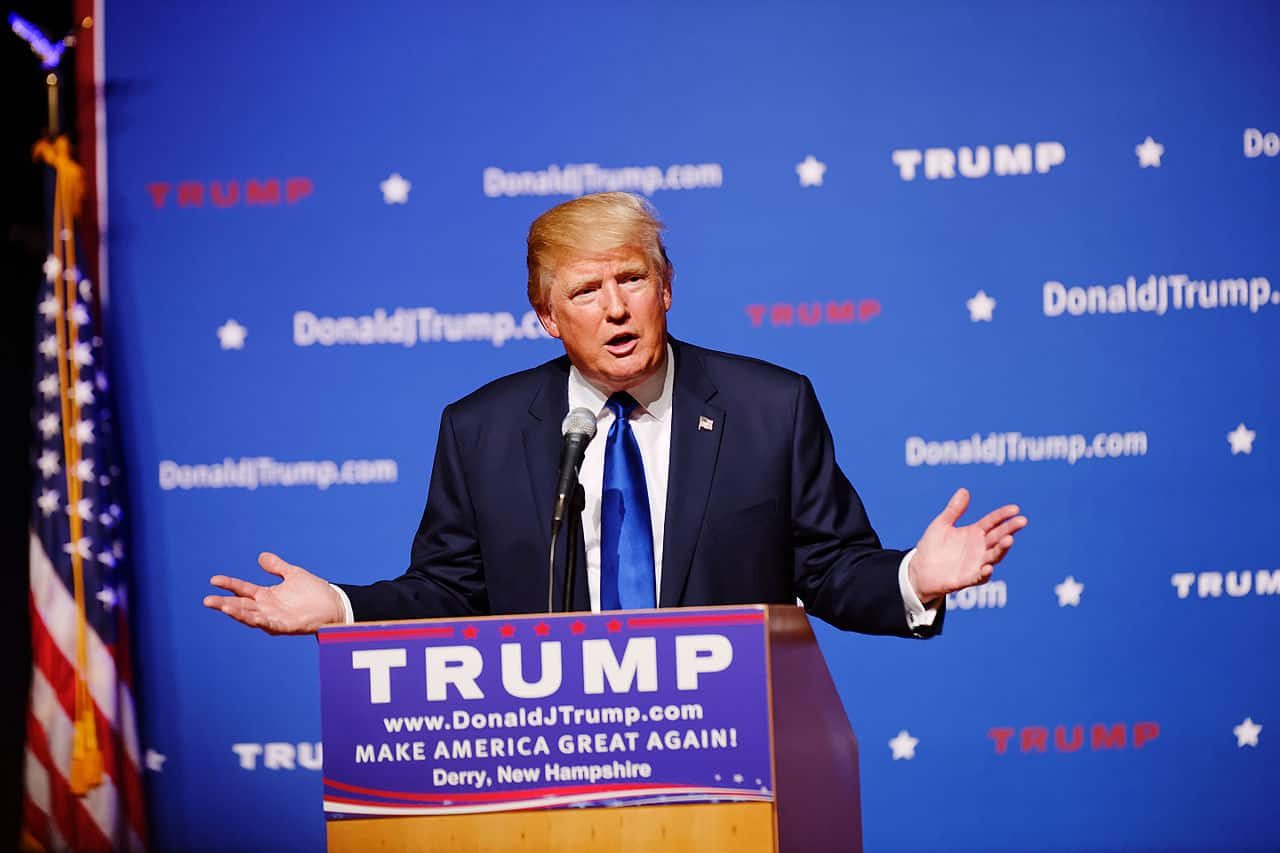 70 year old Donald John Trump has taken the place of the 45th president of America. Aside from his aspirations to build a wall, brush over climate change and make America great again, what does this mean for the tech world? Here are 5 ways Trump will affect the Tech world.

Big Tech Companies like Apple to manufacture exclusively in the USA?

Trump said he would force Apple to manufacture all their products in America rather than china. He would induce a 35% tax on all businesses producing goods overseas. At the moment Apple only produces its Mac Pro computers in the US, and all their other products in China.

“We have to bring Apple – and other companies like Apple – back to the United States. We have to do it. And that’s one of my real dreams for the country, to get them back. We have a great capacity in this country.”

The Second Industrial Revolution is coming. Read our blog on The Internet Of Things now.

Cyber Security to be looked into? Hmm…

A vague answer was given by the new US president when asked about cyber security.

“We came up with the Internet. And I think Secretary Clinton and myself would agree very much, when you look at what ISIS is doing with the Internet, they’re beating us at our own game. ISIS… So we have to get very tough on cyber and cyber warfare. It is a huge problem. I have a son – he’s 10 years old. He has computers. He is so good with these computers it’s unbelievable. The security aspect of cyber is very, very tough and maybe it’s hardly doable. But I will say, we are not doing the job we should be doing. But that’s true throughout our whole governmental society. We have so many things that we have to do better, and certainly cyber is one of them.”

The New York daily news referred to this response as “an out-of-touch comment that would come from your tech-illiterate grandpa.”

After all, Trump still refers to cyberspace as ‘the cyber’. It doesn’t seem like he would know where to start with cyber security.

Trump will affect the tech world with the H1-B visa

The H1-B visa is used by US organisations to employ qualified people from oversea companies such as India. India’s $146 billion IT industry relies on the H1-B visa. Trump hasn’t been very clear what he’s going to do with the H1-B visa and has kept changing his mind. It’s not as if there is thousands of people’s lives that rely on it…

Last year, Trump said he was in favour of bringing in foreign workers into the US. Now he’s saying that “temporary foreign workers, imported from abroad, for the explicit purpose of substituting for American workers at lower pay”. He said he would end forever the use of the H-1B as a cheap labour program and American companies that use if must be required to hire American workers before foreigners.

Amazon to pay up?

In yours truly own words: “Amazon is getting away with murder tax-wise. Using the Washington Post for power so that the politicians in Washington don’t tax Amazon like they should be taxed.”

Trump and Jeff Bezos, founder of Amazon have also been having a twitter war. After receiving a number of insults from Trump, Bezos said he would gladly fund a rocket that would take Trump on a one-way trip into space. This started the hashtag #SendDonaldToSpace.

Finally trashed by @realDonaldTrump. Will still reserve him a seat on the Blue Origin rocket. #sendDonaldtospace https://t.co/9OypFoxZk3

Renewable Energy tech businesses such as Telsa may need to find a different approach?

“The concept of global warming was created by and for the Chinese in order to make U.S. manufacturing non-competitive.”

This could mean energy businesses such as Telsa will have a hard time working with shareholders to invest in and work on renewable energy.

So there you have it. 5 Ways Donald Trump will affect the tech world. With Donald trump paying so little attention to ‘The Cyber’, make sure you still take it seriously in relation to your business. – Find out what Network Security services we offer here.