Ingenio Technologies are one of the top 30 Dell Partners! – James Journey 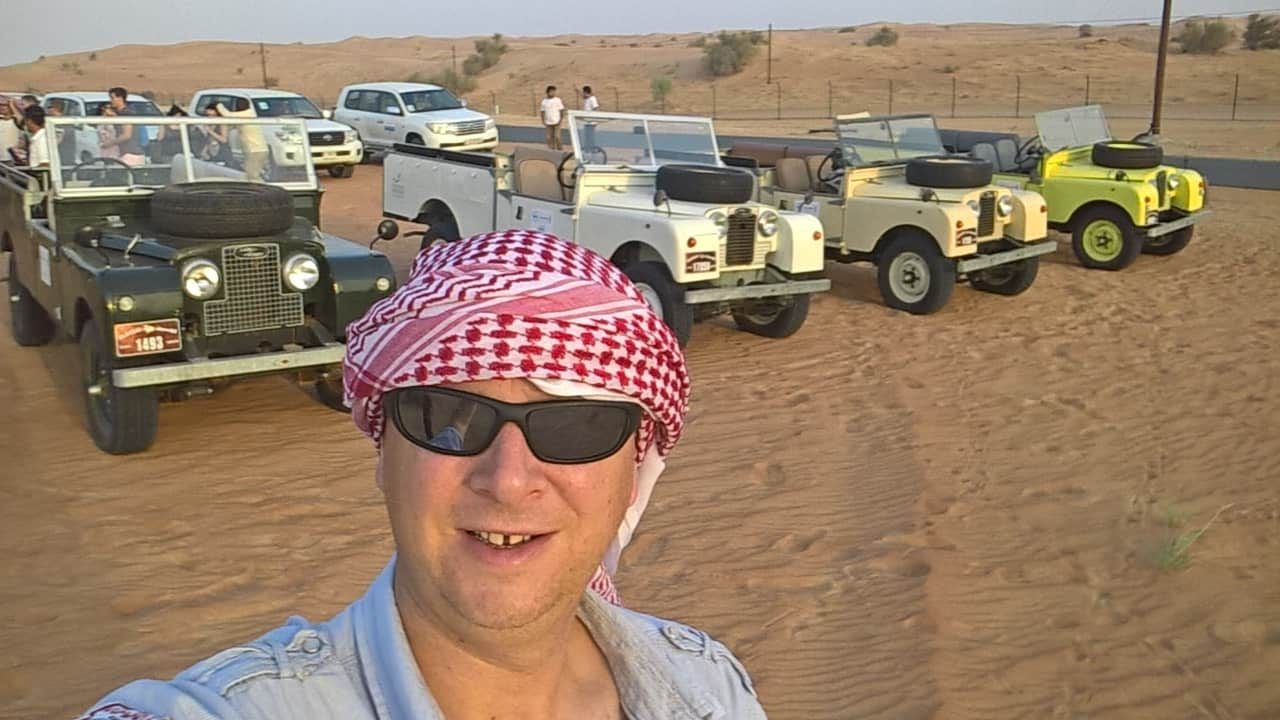 Being one of the top 30 Dell partners, Our Director James was invited to celebrate in style. Here’s his story.

When I was informed I was invited to Dubai for an all inclusive holiday, I ran home to get my passport as I had 2 hours to complete the registration. The weekend was described as a “5 Star Luxury Hotel and action packed”. And that’s exactly what it was.

The journey started at 4pm on Thursday, when I left Newhaven only to be confronted with tailbacks on the A27, M23 and M25!  I finally made it to Heathrow airport for 8pm.  After a quick dash from the carpark to check-in, I boarded the Emirates flight from Heathrow at 10pm, and we were up and away by 10:30pm.  After a few ‘night caps’ and dinner, I tried to get my head down for a few hours’ sleep.

See what Ingenio Technologies did for their first quarterly adventure of the year.

We landed in Dubai at 8am local time after a 6 ½ hour flight, and was greeted at the airport and whisked off to a private room where we were served ice cold drinks whilst a team of porters collected our bags from the luggage carousel.  It was then onto the coach for a 30 minute transfer to the hotel, this was the first time I experienced the heat of Dubai, it was like walking into a sauna.

The hotel was fantastic, everything and more you would imagine from a 5 Star hotel in Dubai.  We were greeted with fruit cocktails and an ice cold flannel to cool our heads.  Being the traditional Brits, we all rushed outside to the balcony to drink our cocktails, only to realise we were the only ones there as all sensible people stay out of the heat!

After freshening up in the Spa, we gathered for an early lunch, a wonderful selection of foods served in a buffet.  With full bellies, we gathered outside the hotel to get into the Toyota Landcrusiers where we were driven out to the desert.  The drive took around an hour to get there, and the roads were very quiet due to Dubai having their weekend on a Friday and Saturday.  We arrived at the edge of the desert where we all got out of the cars for a safety briefing.  This was the first time I really experienced the desert heat.  It was around 1pm, 42 degrees, and there was no shade to be found.  Even though I had smothered myself with factor 50, I could feel the sun burning me, like someone was holding a lighter to your skin.  We were only standing there for around 5 minutes, and that was enough, we were glad of the cool air-conditioned cars.

Our guides started to let the tyres down of the Landcrusiers to give us more surface contact with the sand to prevent us from digging in.  We took it in turns to drive the Landcruisers across the sand dunes. Some of the cars got stuck in the sand, skilfully (or luckily) our car was OK and we negotiated the dunes.  There is certainly a skill and trust in keeping momentum going to enable us to climb the dunes and trust the other side is clear as you go over the top.

After around 1 hours of driving, we stopped for a picnic.  Ice cold drinks and Melon was provided, a much welcome refreshment.

We then got back in to the cars and the instructors drove us to the local garage to inflate the tyres before heading off to the Dubai Nature reserve where we transferred to 1950 LWB Landrover.

We had one of these when I was younger, so brought back some memories.

We were taken through the Nature Reserve to watch a Falcon display.  Falcons were used to help locals with hunting hundreds of years ago, and it was a magical experience seeing the Falcons flying in the sunset.

After the Falcon display, we went further into the Nature Reserve and arrived at a camp where we were served cold refreshing drinks and a mouth-watering BBQ.  With the sun setting over the dunes, and belly dancers entertaining us, we sat back and enjoyed the Shisha pipes (I will mention that at this point no alcohol has bene consumed due to the Nature Reserve being the Kings land).

We left the camp and were transferred back to the hotel, where we grabbed a quick shower to remove the sand from places I didn’t think sand could get and headed down to the bar for a night cap.

7 Olympic Strategies to help Your Business come in First.

It appeared to me how much of a modern city Dubai is, although it still keeps its culture and heritage intact. It’s a City that is very business related and very hot. The rest of the weekend consisted of a private party and relaxing around the hotel. I feel very privileged to have enjoyed this weekend!

Going to Dubai was a fantastic experience that I will remember forever. Thank you Dell!

This was written by Ingenio Technologies Managing Director James.

Want to know what James and the rest of the team get up to? Check out our Go Ape adventure here.